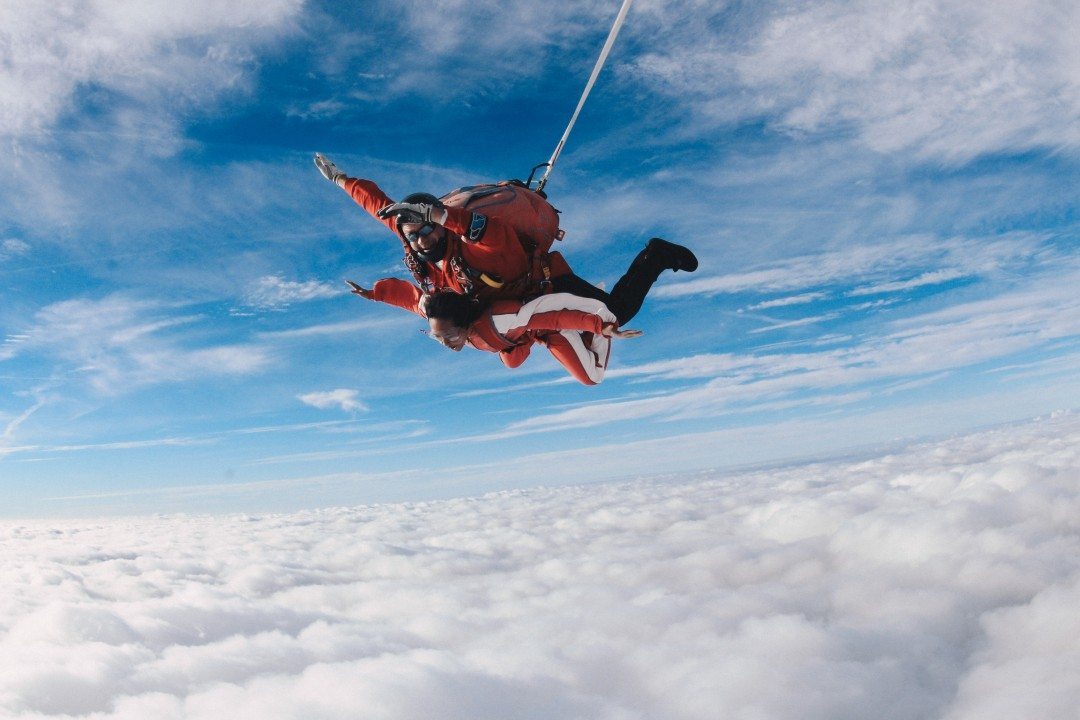 The day had finally come!! Skydiving has always been in my bucket list for so long and this year I promised myself to get it over with!

It surely is a scary thing, yet exciting just come to think about it. Damar and I were already dating when I saw this discount offer in Groupon.nl. I had been eyeing Groupon for discount in this particular thing and one day I came across “Paracentrum Texel 100eur korting”. The deal was buying the voucher for 20eur, and we got 100eur discount in the original price. The original price for Experience Package (including documentary) was 344eur. Thus total amount would be 264eur for this whole package.

I proposed this idea to Damar and he immediately agreed. All we needed to do was making the reservation. As much as I was excited, I kept on postponing it until at the moment I realized that I just had got to call, reserve and wait to the day. Honestly, we bought the ticket on March and made the reservation last week LOL. We thought to make the reservation for week after so we did not have to wait that long and did not have time to get nervous. WRONG! I was still nervous!

In fact, I was already nervous on Friday on my way from work to the office, my head was dizzy and my stomach was tickled. It was a mixed feeling between excitement and anxiety, predominantly the anxiety. That Friday night we spent resting and chilling at home, as the next day we had to go to Texel very early in the morning to assure that we would get our initial time slot (09.00-11.30). The next day, of course, we overslept for an hour 😛 but we knew we would still be on time. That’s the perks of giving buffer time!

We woke up at 6.30, got ready, had some leftover Rendang fried rice from last night and left the house at 7.10 to catch the bus at 7.23. First, going to Zaandam (25 mins), then take the train to Den Helder from Zaandam (60 minutes). Apparently, Damar and I arrived earlier so we had times to buy ourselves lunch and drinks for on the way. As the Texel Airport was in the middle of nowhere, we anticipated that it would be rather difficult to find what we want, even if there is, it would be pricey. We took  bus number 33 and arrived in the harbor. The ferry is called TESO and it had everything inside i.e proper cafeteria and toilet.

The journey took 20 mins, it allowed us to enjoy ourselves in the ferry. That morning was very beautiful and the sky looked blue. Seemed like a good sign! We were hoping that it’d stay that way the whole day.. 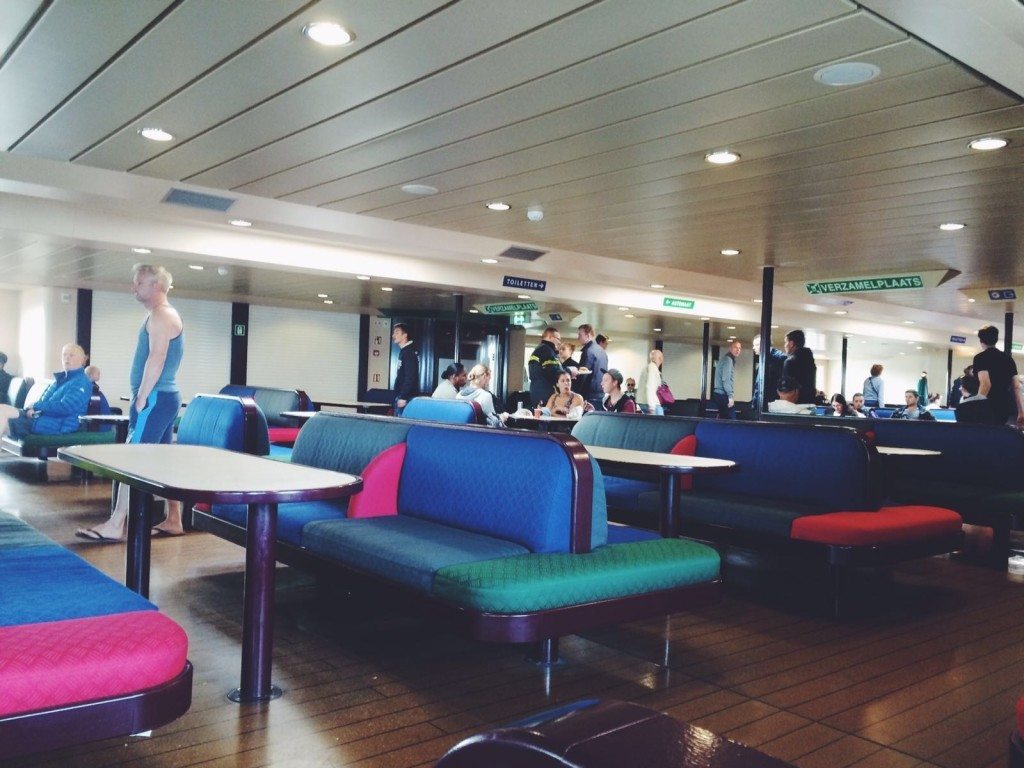 This is how the Ferry looks from the inside, quite spacious huh 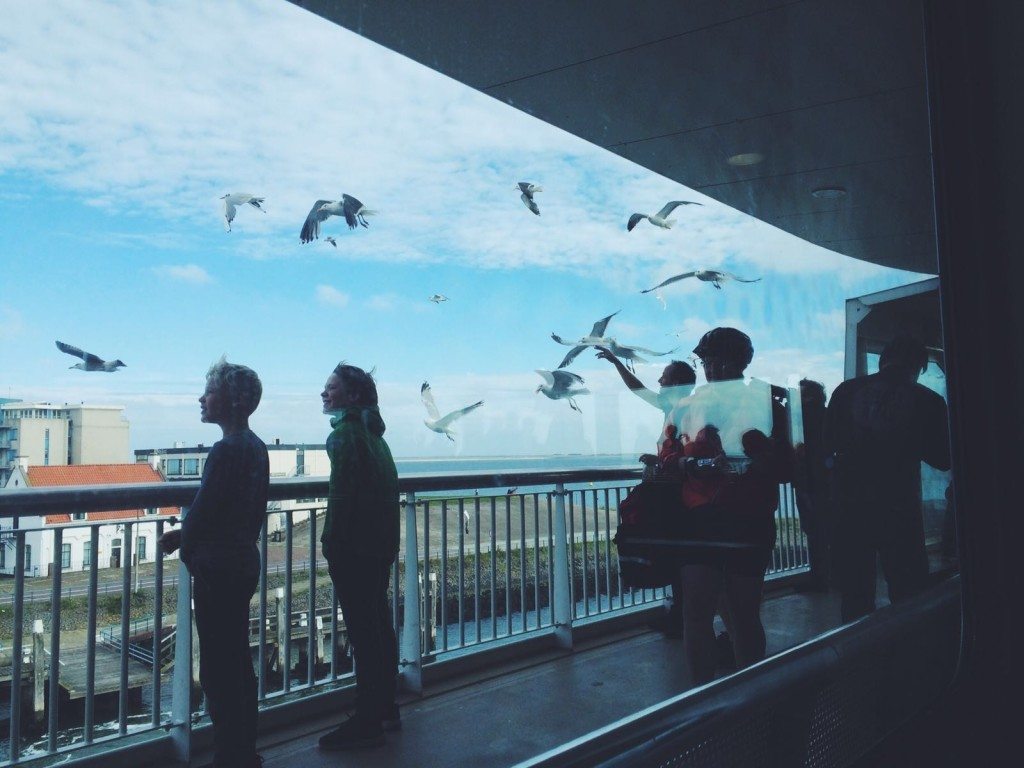 Could be an idea to feed the seagul with some breads, they will come over around you. Look at that blue sky! 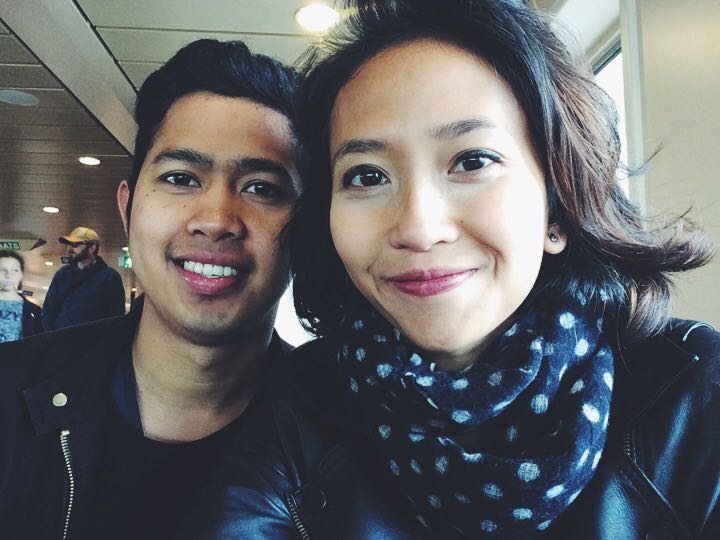 Still fresh and full of energy! Who know what was inside my head.

Once we arrived in Texel harbor, we were already being waited by Texel Hopper bus, the only bus that would take us the the airport. It was 3 euro/person and the reservation needed to be made online at least an hour before the schedule of departure. The list of which can be checked online. It was a mini bus and it could accommodate like only 8-10 people. I started getting anxious and could not stop holding Damar’s hand. Actually a moment before that I realized my gum, where the stitch made after wisdom removal surgery 2 weeks ago, felt weird, apparently it got bigger. But hell, the nerve was dominating my feeling.

We went directly to the reception and told them we made the reservation. Unfortunately there was one thing we did not consider that they might ask for the Groupon voucher. And yes they did. Actually it should have not been a problem but it was because at that very moment, Groupon website decided to be down! The timing could not be more right *eyeroll* I could not connect and find my voucher anywhere in my mail. We struggled for one hour, called people at home, until Damar’s lil bro at home could find the voucher in my laptop somehow. Fuhhhh!

But by the time we were ready, the skydivers were on standby due to the low cloud and we had to wait until 3 pm. We killed the time by having coffee in the Hotel Texel Restaurant next to the airport or what divers call ‘dropzone’. We sipped the drinks, read, moved here, talked superficially, moved there, talk deeply, ate, took a nap, then we got so boreeeeeeeed and needed to move so we went outside. 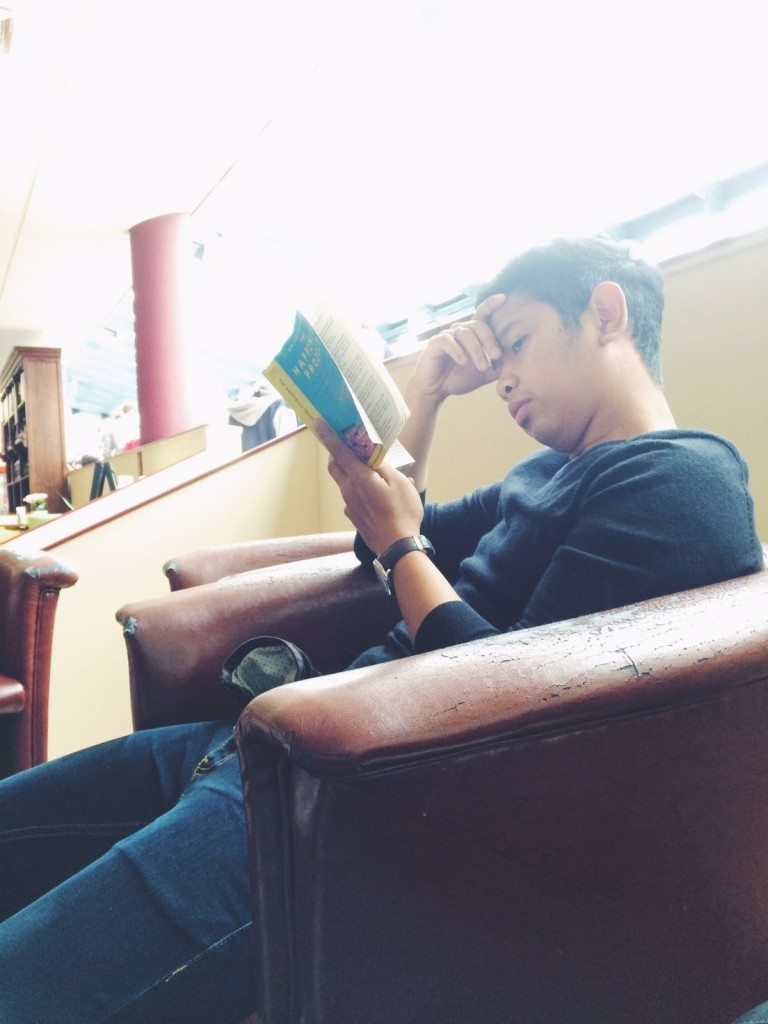 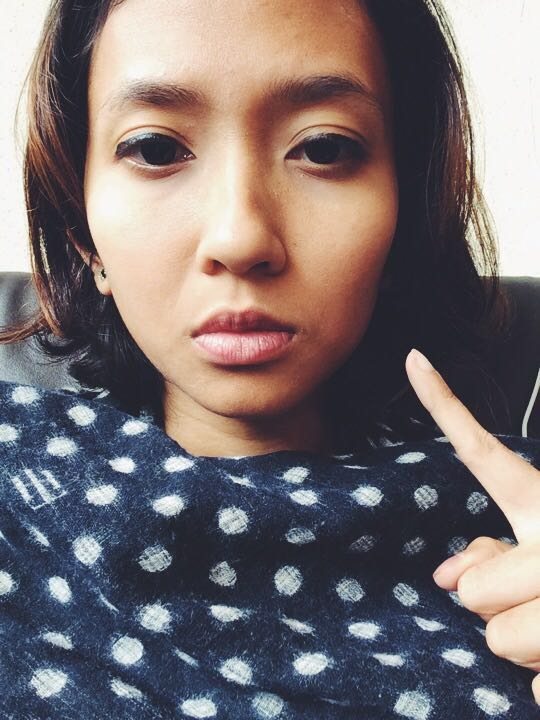 The look of my ‘getting bigger’ cheek. It started getting a bit hurt. 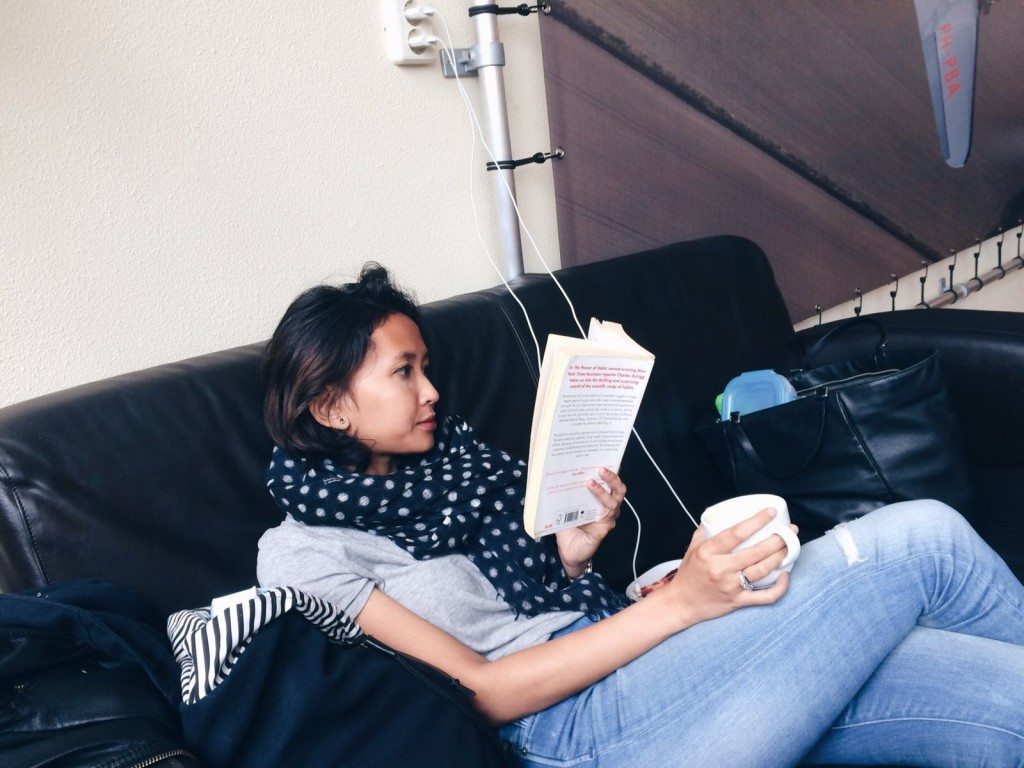 Coffee and reading. GOOD! for the first 2 hours.

It was such a good idea to (buy) bring some snacks for the wait. At 15.30, the sky looked not so gloomy anymore and the crew started to call out people’s name meaning they started to send skydivers up again. Oh my God, after the rest, my heart was jumping again. The first plane went up and 20 minutes later, we saw black dots came down from the sky, 1,2,3,4,5,6,7,8,9, people with parachute getting closer to the ground and eventually arrived safely. My head was full with excitement!!!

After 5 rounds, they put on standby again as the cloud was not as clear, but forecasted the condition would be better at 18.00. So we waited again. By then, I was laying my back down the bean bag, no energy and plus my gum was painful. I laid down in the big hangar where the divers practiced and folded their used parachute. I was watching them and trying to investigate what they did 😛 One thing I learnt, those people seems very free-spirited and happy. Looks like they enjoyed what they are doing and they get paid for their hobby.

The clock turned to 19.00, Damar came back from checking our name in the board and he said it got closer to our turn. Okay, I was a bit shaky but EXCITED!!!! 5 minutes 10 minutes, I heard my somebody called my anme and asked to put our stuff in the locker. Here it is…. (could not feel the pain of my gum anymore, as my mind was distracted).

We put on our astronaut’s clothes with the gears and was explained what we could expect up there. We had to wait until the plane picked us up while in the mean time we met our tandem. My tandem was Alexandre, we did not have so much chances to chat. I was so worried because I did not know the guy so well, who knows what could happen righttt?. I think it’s a good thing to get to know your tandem to build the trust. Obviously, I did not get it in the beginning. All I did was surrender.

However at the end, I discovered that he’s nice and quite cynically funny whom the joke I could get. We went on the plane and was videographed the entire time, guessing my fear face could not be covered anymore lol. Damar and I had our own videographer, we were practically followed by them.

On the airplaine, we were instructed by our own tandem what to do. The good thing about doing the jump with tandem is that we do not have to worry about opening the parachute and so on. We are supposed to just relax and enjoy the view. Alexandre started getting ready, he made sure I saw that he hooked the locks which connected both of us. I was apparently the first one that would be jumping. Basically, all I had to do was getting on Alexandre’s lap, leaned on him and when jumping turn my head to the left as well as pulled the legs to the back. Before we noticed, the airplane reached 9000 feet (3 km), the plane door was opened and we had to jump!

WOWWWW.. I still remember the feeling of adrenaline! Alexandre tapped my back twice and it means that it’s the time to spread my wings 🙂 🙂 🙂 🙂 🙂 🙂

The feeling up there was incredible, I could not really put it into words. It was very quiet, heart full of gratitude.

The freefall took about half minutes and I posed to the camera trying to make heart shape, but FAILED big time. My weight is too light to force the pressure of the wind lol. It was cold up there, and I could not see anything as we went through the white cloud. 30 seconds later, I could see the lands, and Alexandre opened his parachute. It pulled us up gently and let us hang there for minutes. Worst thing is before landing, he had to make the turn (going round) to stir and avoid all of us arrived in the drop zone at the same time. That made me dizzy badly, I promised I could vomit. So one tip: close your eyes when it happened, it reduced the feeling of vomitting. Anddd we landedd!!!!!

I was so happy! Apparently Damar was already there. Glad to see each other again! We promised to meet again on the ground, and there we were! Alhamdulillahhhh!!!!

It was totally worth the wait!! 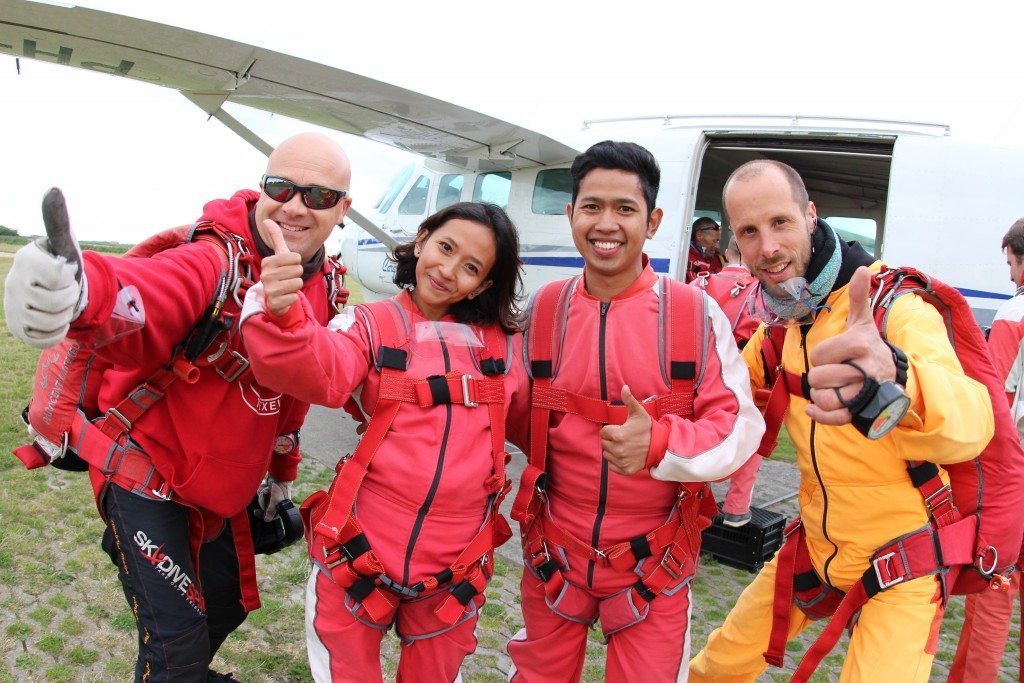 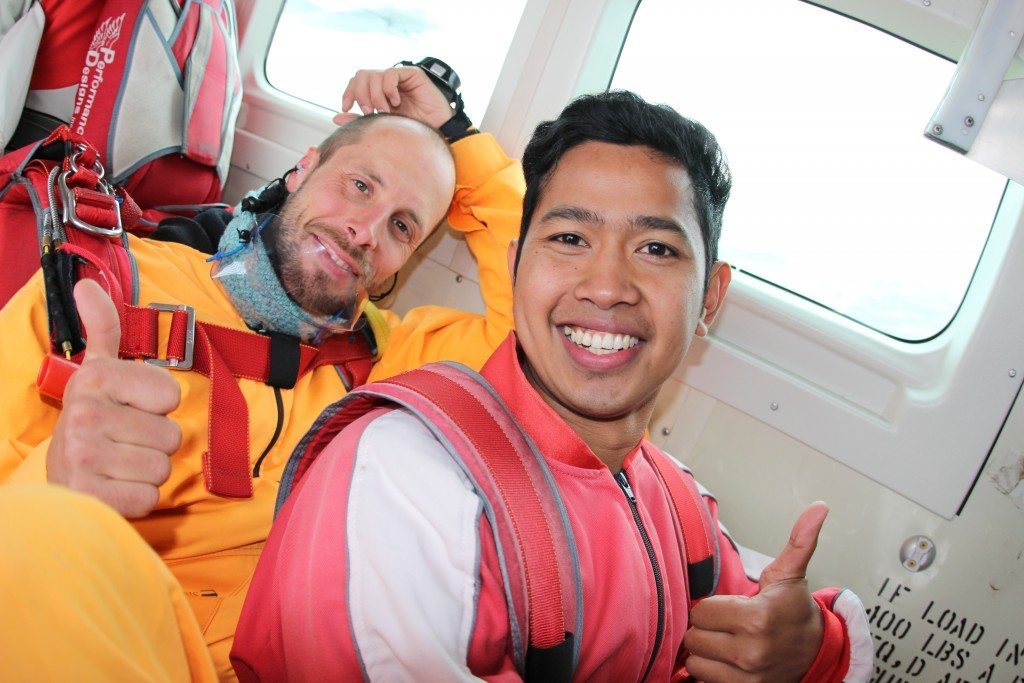 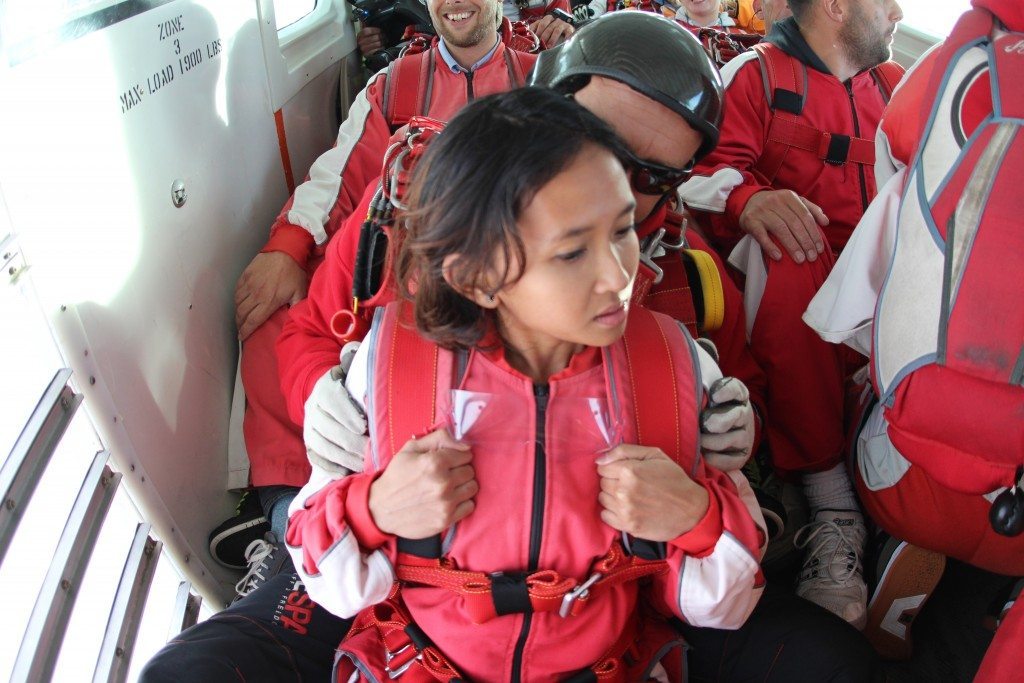 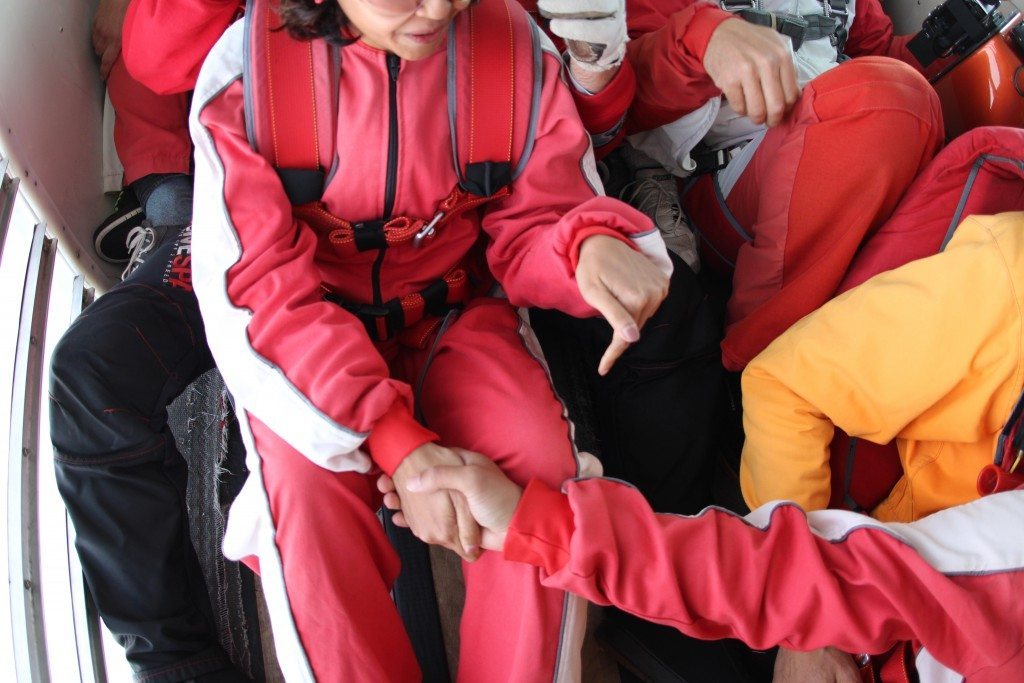 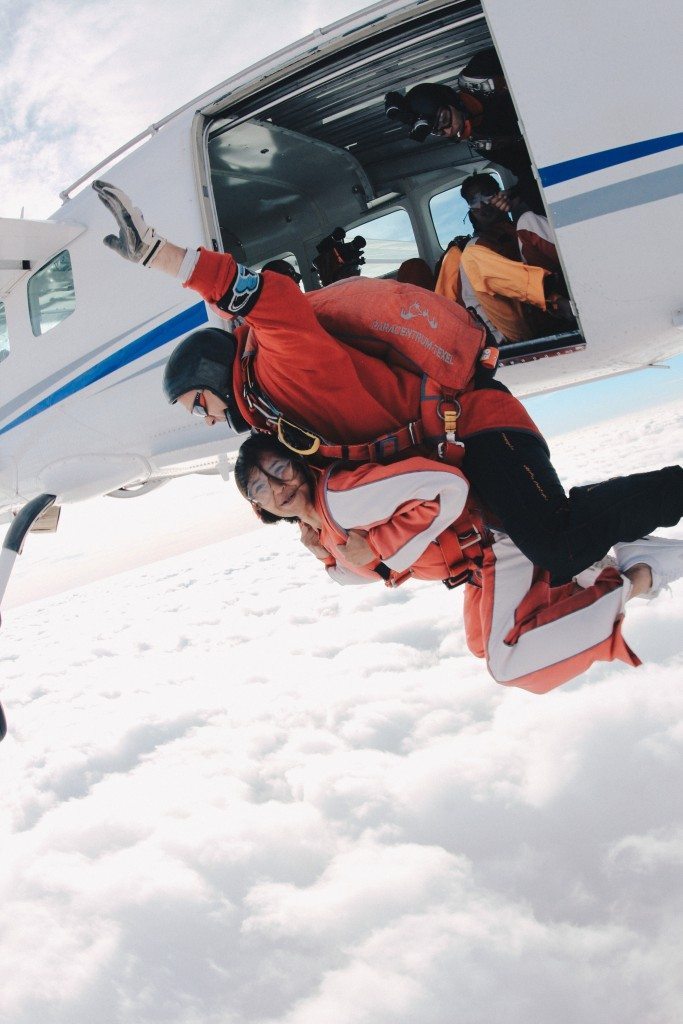 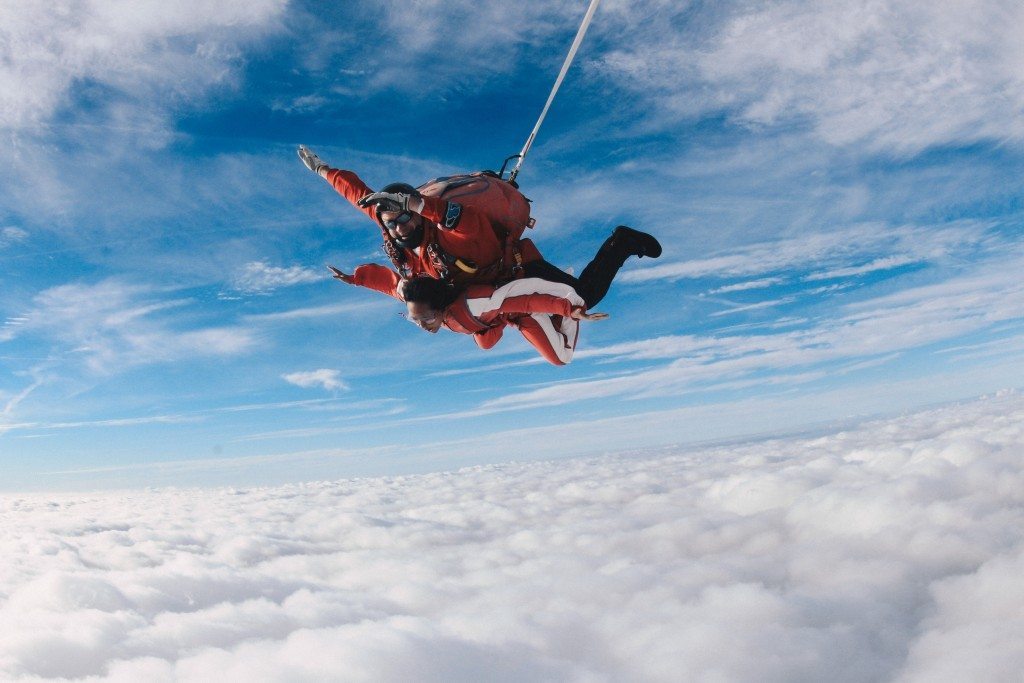 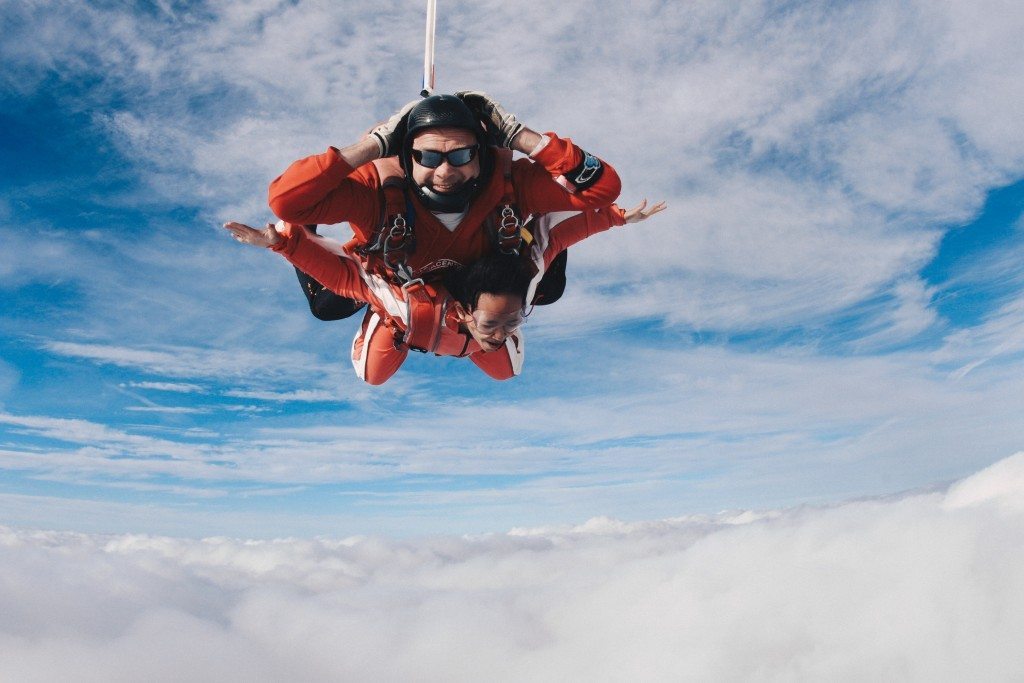 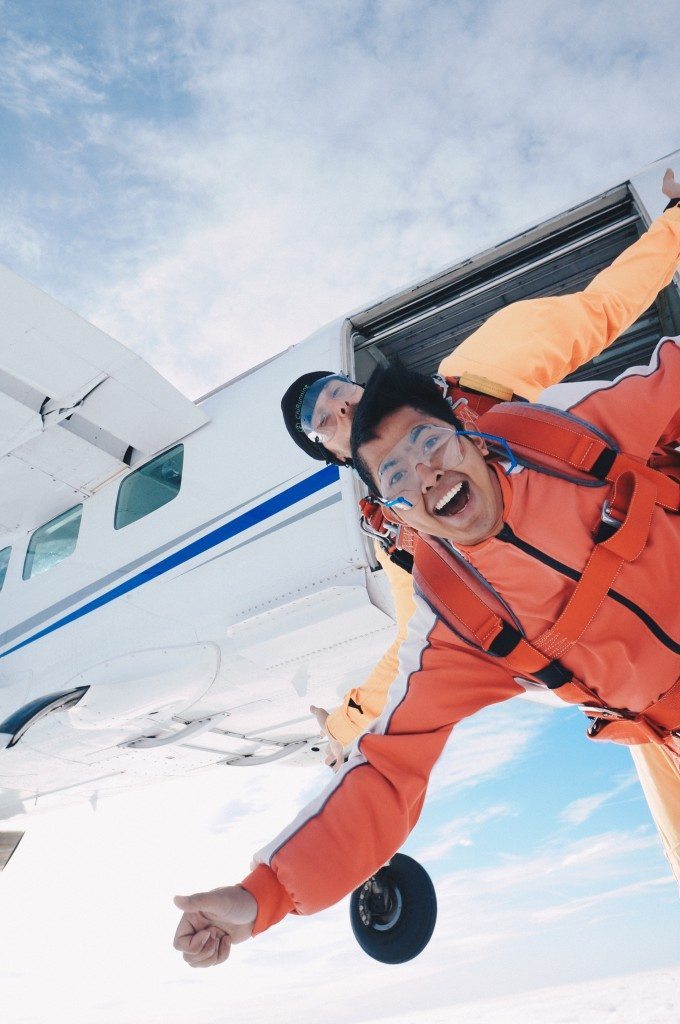 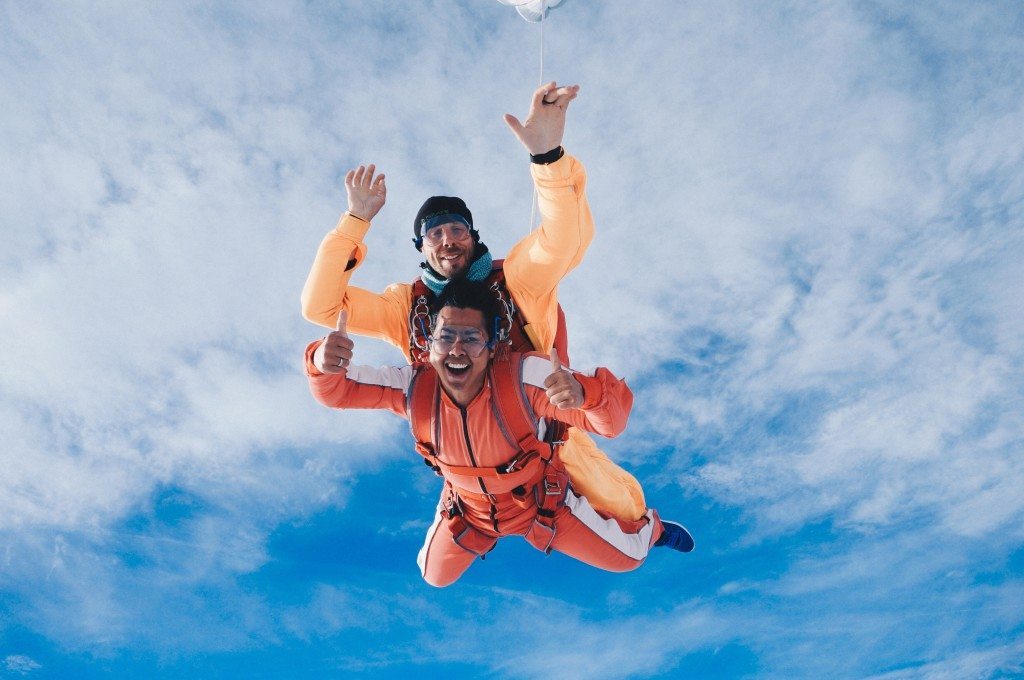 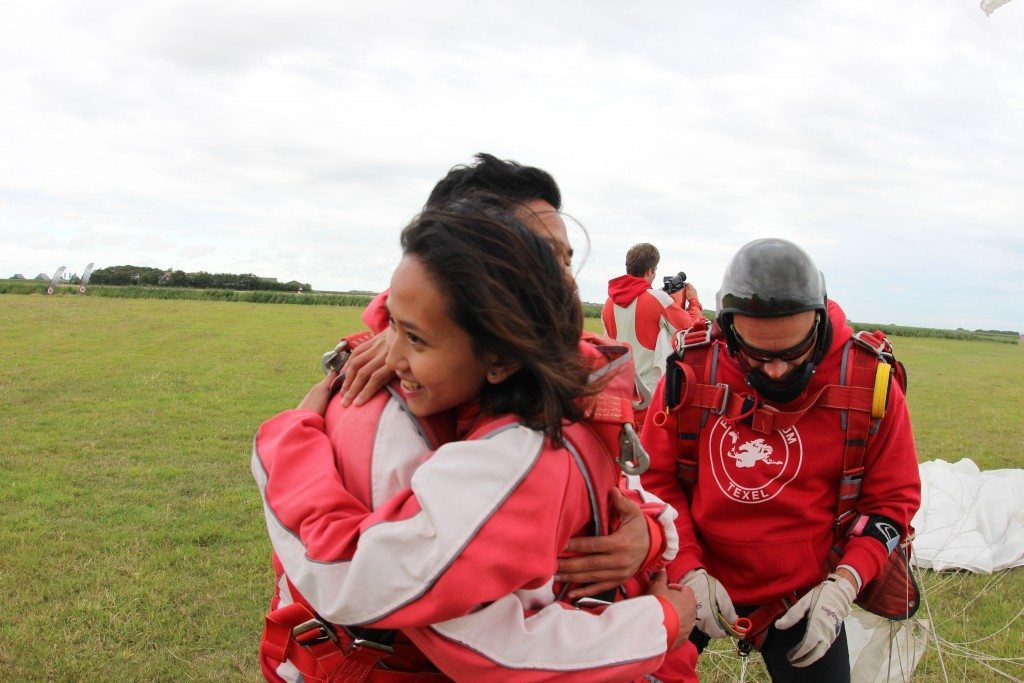 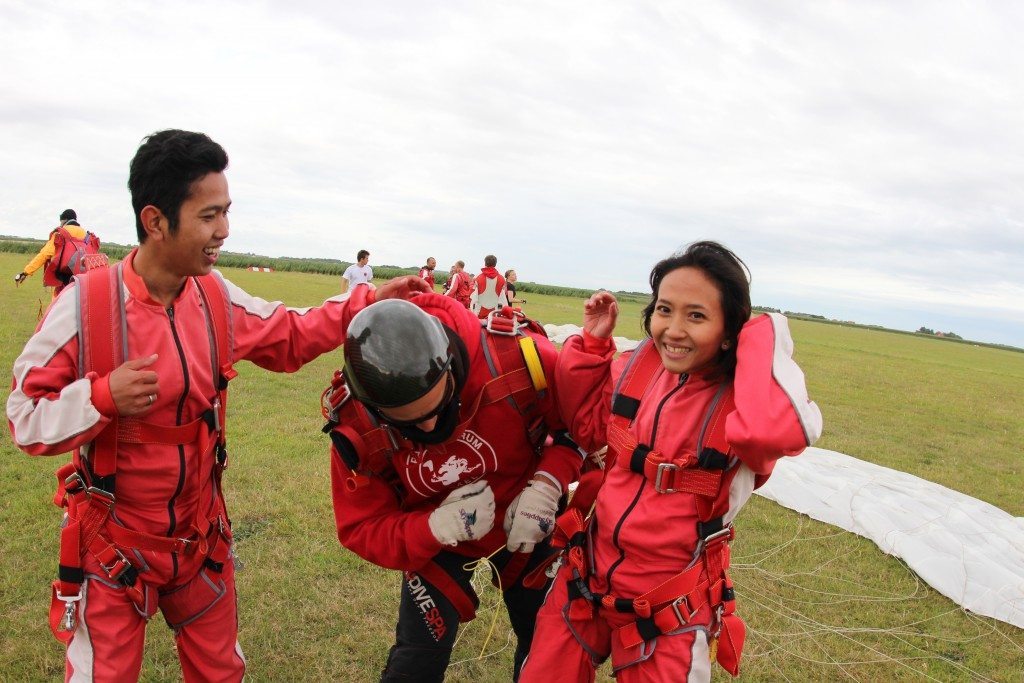 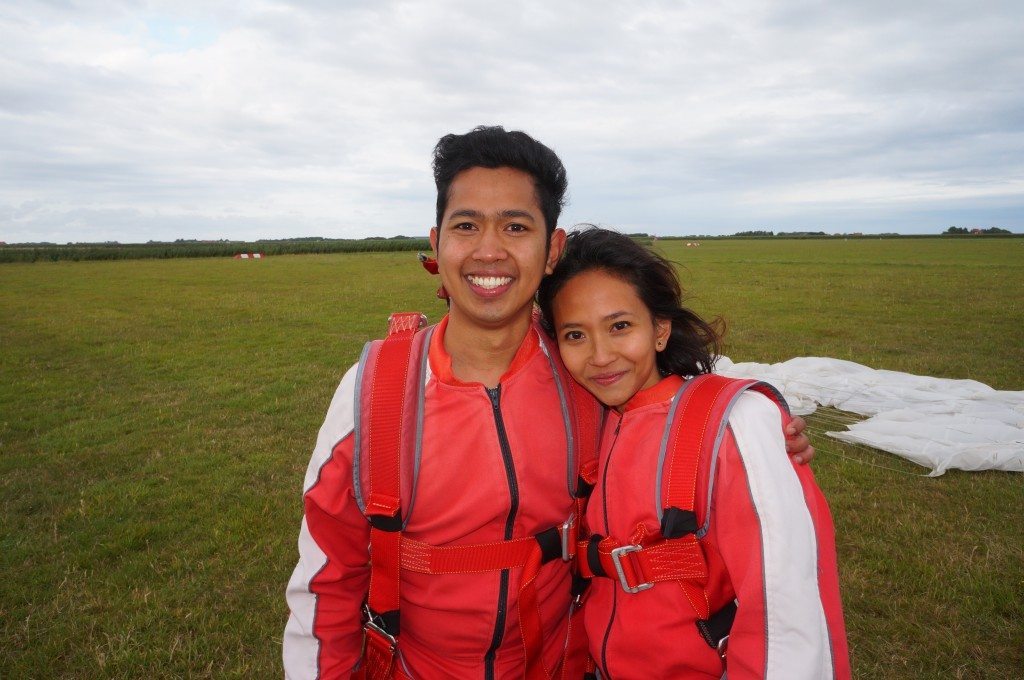 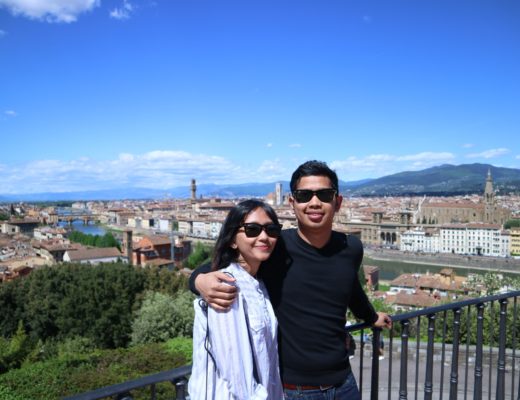 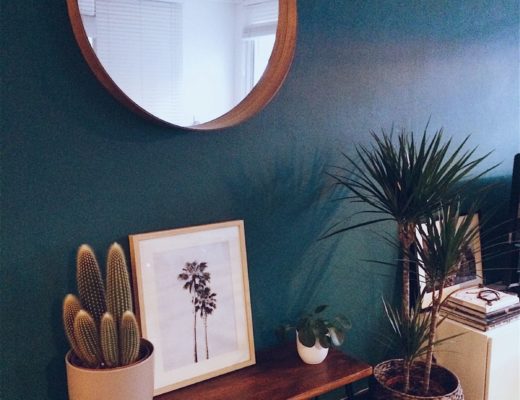 Buying a house/apartment in Amsterdam 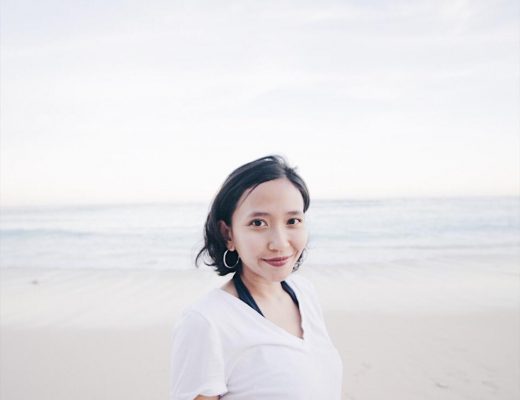